I guess I’m on a roll with the digi scrap program this week. In addition to using it for my Girl Scout Cookie thank you notes, I’ve also used it for my children’s Valentine’s for a number of years.

I love that they can have really personal Valentines to hand out to the class. Again, I make them as 4″x6″ cards (or sometimes 3″x5″) which I can print out as pictures. 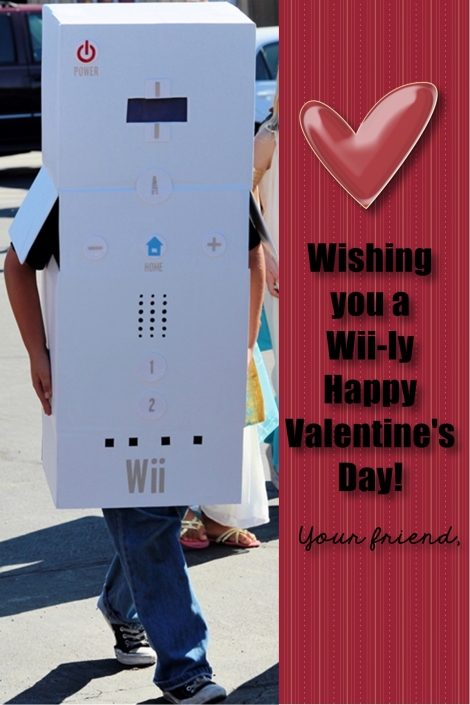 I usually start “bugging” my kids about what they want to be for Halloween sometime in August. I am the “Queen of Last Minute” (no joke, I think the first pin I ever pinned on Pinterest was a sign that said, “Don’t rush me, I’m waiting for the last minute.”), but I do not like being left in the lurch for Halloween costumes. My son has pretty much always opted for something he can buy at the store. That was fine with me because I was not going to attempt to make a homemade Star Wars character anyway. This past year, he told me early on that he wanted to be a Wii Remote. Um, excuse me, you want to be what?!?!?!? I thought he was kidding. I also thought he would change is mind. No such luck, he had decided what he wanted which presented Mommy with the awesome challenge of making his dream come to life. I am happy to say that I met the challenge and he ended up with a really cool costume! I will do a post on the making of this crazy costume later this summer.

For now, I hope you have a Wii-ly Happy Valentine’s Day!